After an assembly video had been created for a new electrical installation box, the customer wanted a trailer video created for his new product. This 3D trailer animation should be used for social media, Facebook, Instagram and YouTube. The trailer should be a bit rockier this time to emphasize the new product and its advantages even more powerfully. In addition, new elements were to be incorporated into the 3D video trailer in order to draw even more attention to the new product and thus showcase it. This is where HUD (head-up display) elements were used for the first time in the 3D trailer.

The customer's goal was to create a gripping and thrilling 3D product trailer using existing animations and new elements. Animation scenes that were previously created for a montage video could sometimes be used 1 to 1. Other sequences have been slightly adjusted and HUD elements incorporated into the 3D trailer video as a refresher.

The new product is a series in three versions, which are briefly shown in the opening sequence, followed by a stirring and powerful introduction to the 3D product trailer. The various versions of the series are the focus of the 3D trailer and using the HUD elements, in addition to all the standards, the important options for expansion and special features of the versions could also be highlighted as product advantages. The product series rocks with the 3D trailer animation.

Animation creation to match the music

This time the customer wanted a rocking video background for his new 3D product trailer. In addition to the right music coordination with the customer, this meant getting an idea in advance of how the 3D trailer could look like in the end. The message and thus the goal had a gripping and rousing effect.

After finding the right music for the customer, the trailer production now had to see how the animation sequences rocked to the music. In addition to the hammer blows coordinated with the music, the transitions in the video editing were coordinated with the rock beat and the flying in of the HUD elements was also adapted to the rock music. 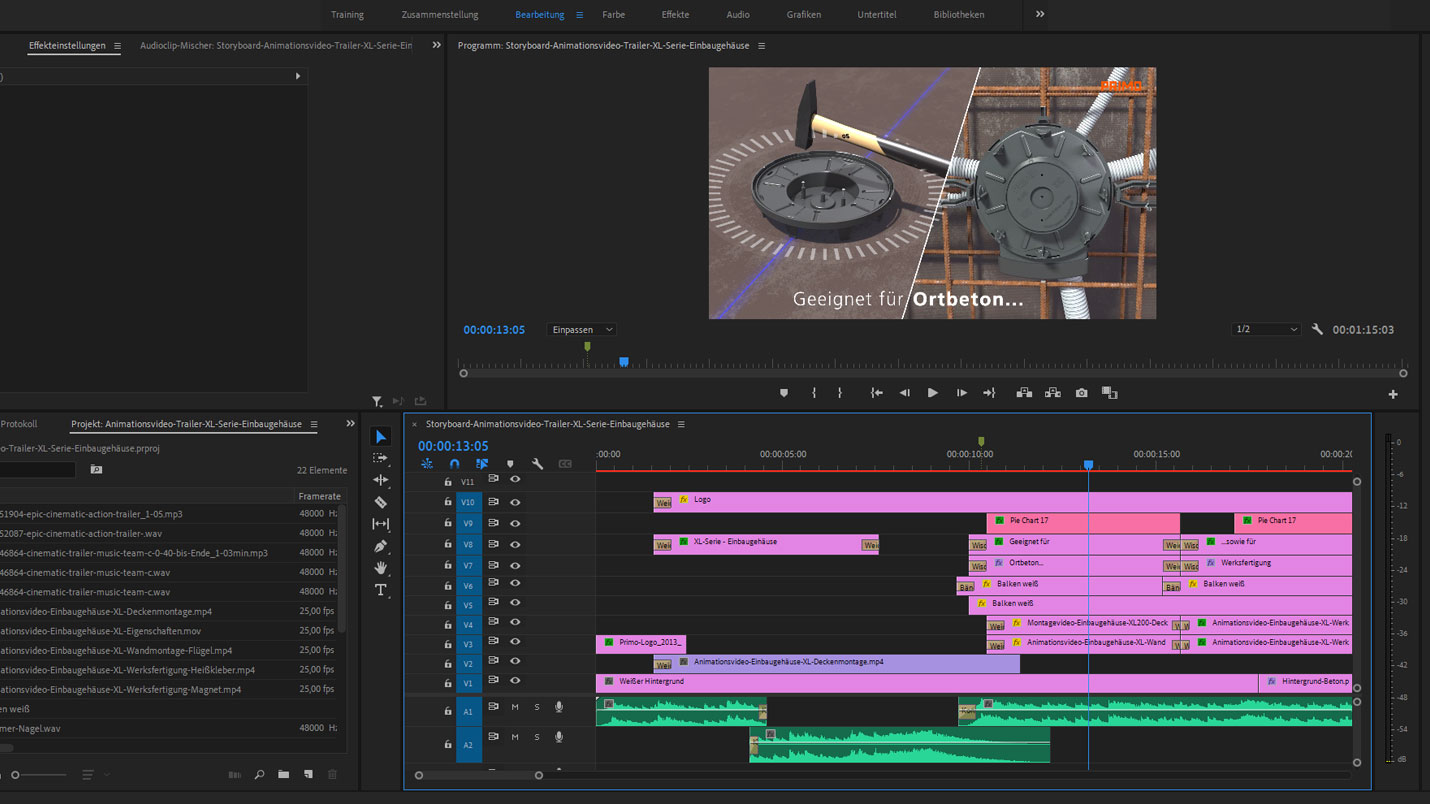 Are you also looking for a 3D agency that also explains your technical product with a 3D trailer video? But you don't know yet whether this will work for you and your product? The Animations-Maschine offers you a free initial consultation. Let's just talk about your product and project. Together we will work out an ideal solution for your project. You then decide at your leisure whether you ultimately want to have a 3D trailer animation produced.

The innovation lay in the white infographics that have animated fade-ins and fade-outs. Using the example of the created millimeter scale, which highlights the most accurate dimensions of the animated series of products. Added to this are the text overlays that have been adapted to the camera movement and follow it.

Most accurate dimensions with millimeter scale

Product highlights have been zoomed in to get the most accurate and near real detail view possible. Various application examples are highlighted in great detail using a magnifying glass.

Always a pleasure to take on the challenge of our customers. 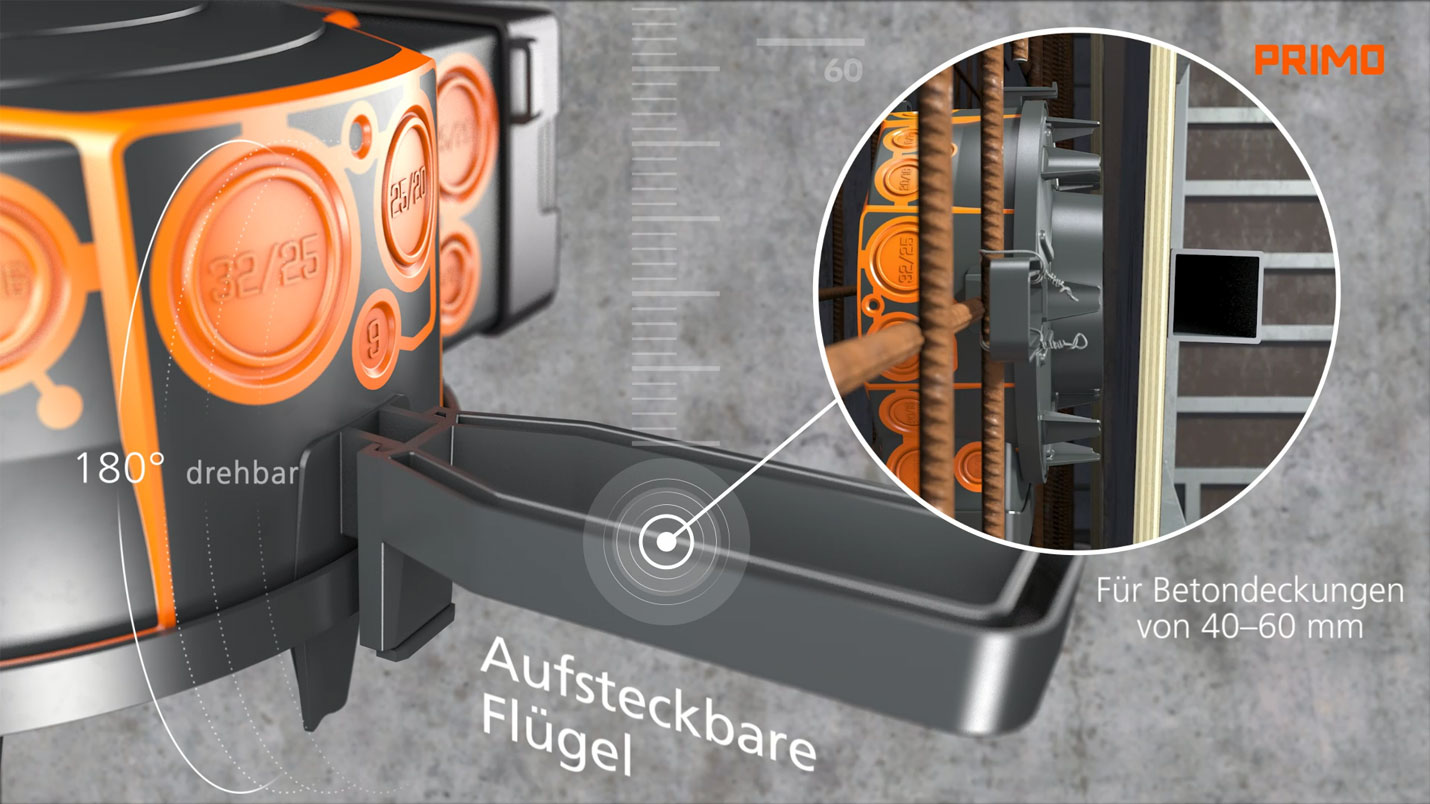 Gallery of 3D animations of a trailer video

A small excerpt of implemented animations from the field of electrical installation.

Do you also have products from the field of electronic installation, energy supply or generally interesting technical products? If you also want to have your products promoted and are looking for a 3D animation agency, then we are your partner and will be happy to help you. Get in contact with us and together we will develop a 3D animated trailer video, a trailer animation or another suitable solution.

Services rendered in the creation of the trailer video

To the overview of all animation videos