The mounting video shows the correct and simple assembly of a shower shelf, which can be built into a corner of the shower without drilling. The animation video explains the correct procedure for craftsmen from the private and commercial sector who want to modernize a bathroom later. The mounting video is available for download in the company's own online shop. Thus, customers can get an idea of the simple and ingenious assembly in advance. This takes away any concerns and makes a significant contribution to the purchase decision.

How was the 3D assembly video created?

No 3D models of the product were available prior to the production of the video. Thanks to production drawings, sketches and images, the 3D model was constructed by the Animations-Maschine itself so that it could be incorporated and shown in the animation video. A tile cutter was also designed as a 3D model because this tool was not yet available in the company's own 3D model database. Then all important steps of the mounting were created as animation.

The mounting video begins with the tiling of the shower shelf. A tile is cut to size with the help of a tile cutter and glued into the stainless steel shelf with silicone. Then it is shown how easily the shower shelf is inserted into the tile joints. When retrofitting in a shower that has already been tiled, the joint must first be removed with an electronic chisel or milling cutter.

After the first assembly video of a tileable shower shelf was created, the product range was expanded to include further variants a short time later. An LED bar illuminates the shower with indirect light. And how this LED strip is correctly installed and wired in the shower shelf is explained in this installation video.

A special feature of this 3D animation is that only the assembly of the LED lighting has to be re-animated. The remaining assembly steps, i.e. how the shower shelf has to be attached to the tiles and incorporated, could be taken over from the first assembly video. Only a few small adjustments were necessary to adapt the animation perfectly to the new product. Here, too, it was shown again: Once created, 3D content can be used again and again.

Gallery of 3D animations of a tileable shower shelf

A small excerpt from the animations implemented in the shower and bathroom area.

Do you also have products from the field of sanitary, shower, bathtub, wellness or generally interesting technical products? If you want to have your products explained and are looking for a 3D animation agency, then I am your partner and will be happy to help you. Contact me and together we will create a suitable animation video, mounting video or assembly animation for your purpose. Precisely tailored to your products and requirements.

Do you like the product and want to buy a tileable shower shelf? Further information can be found on the manufacturer's website: www.mgb-duschablagen.de 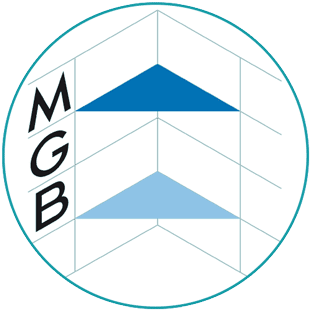 "We have had a video made by the company Animations-Maschine for the second time and are once again very satisfied. Our suggestions and ideas were implemented very well. It is impressive how detailed the individual workpieces are. We can only recommend the work of Mr. Walgenbach and thank you very much for the successful installation videos."