The company H-Bau GmbH is a construction supplier for everything to do with sealing, thermal insulation, formwork, sound insulation, reinforcement, connections and accessories. In order to easily explain the mounting of a new product, a 3D mounting video was created by the Animations-Maschine.

PENTAFLEX® is a joint sealing system for creating waterproof concrete structures. Also called the white tub. The metal water stop elements are used in precast and in-situ concrete construction. So that nothing goes wrong on the construction site, the correct installation for both variants is explained in detail in the installation video. Montage video is shown on a neutral white background. This is simple and elegant and does not distract from the actual explanation of the assembly.

Animation of a jet of fire from a gas burner

The representation of animated fire is often a bit tricky in 3D implementations. An additional program (plug-in) is usually used for such animations. However, these additional plug-ins are very cost-intensive and very complex to use.

In this animation video "only" the jet of fire from a gas burner should be shown. In order not to drive up the production costs unnecessarily, several light sources in different red and yellow tones were used, which contain a small animated turbulence. When placed one on top of the other, it looks like a ray of fire. 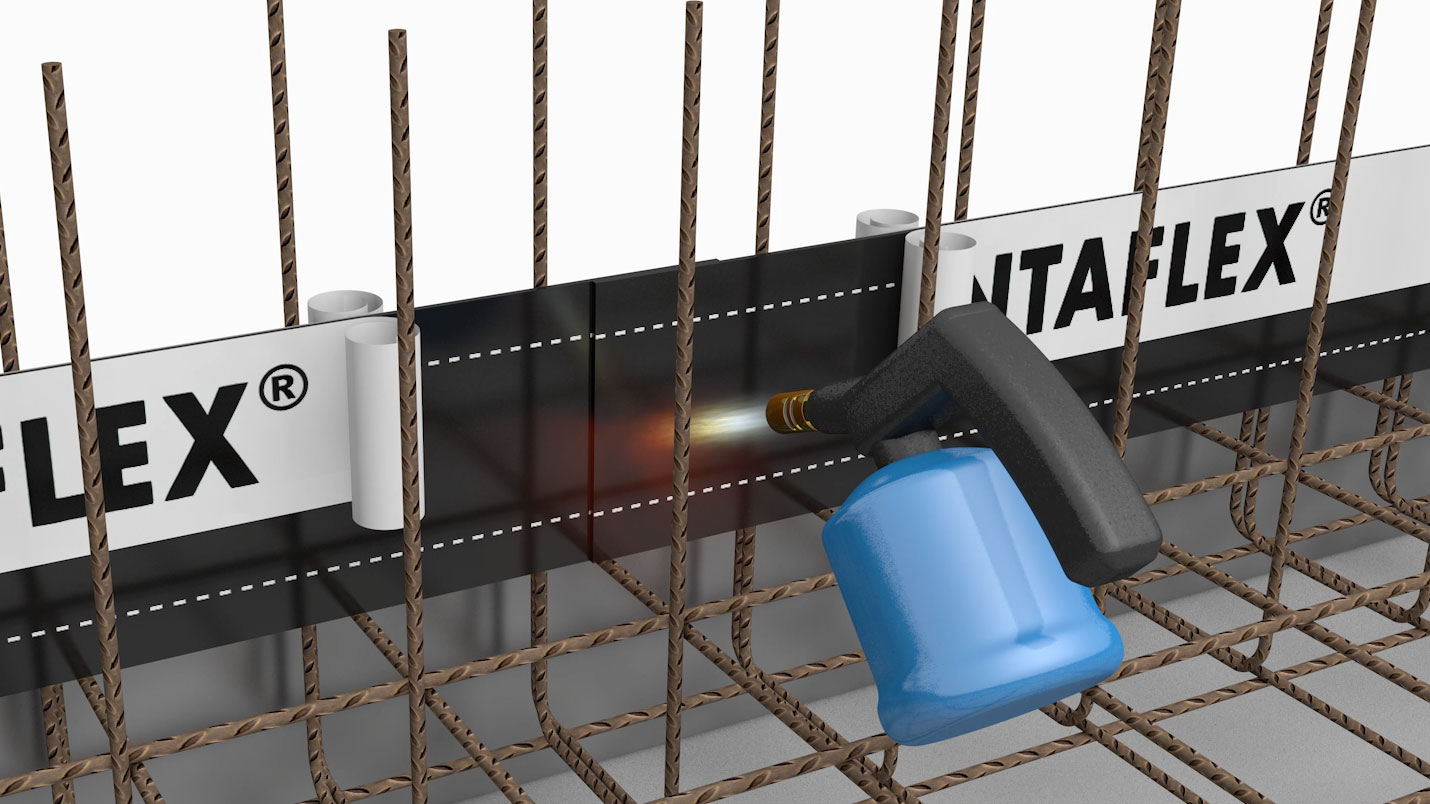 In this assembly video, the protective films should be removed from several components and unrolled again later. For this purpose, an animation was developed which winds up the film via a spiral and can then be unrolled again. Once created, this animation could then be used multiple times on different products. It does not matter whether it is a straight piece of sheet metal or a branch / corner component. The way the animation is implemented is always the same.

3D animation of a rolled up protective film

A small excerpt from implemented animations from the field of concrete construction and sealing.

Do you also have products from the field of sealing, construction, thermal insulation, concrete construction or generally interesting technical products? If you want to have your products explained and are looking for a 3D animation agency, then I am your partner and will be happy to help you. Contact me and together we will create a suitable animation video, mounting video or assembly animation for your purpose. Precisely tailored to your products and requirements.